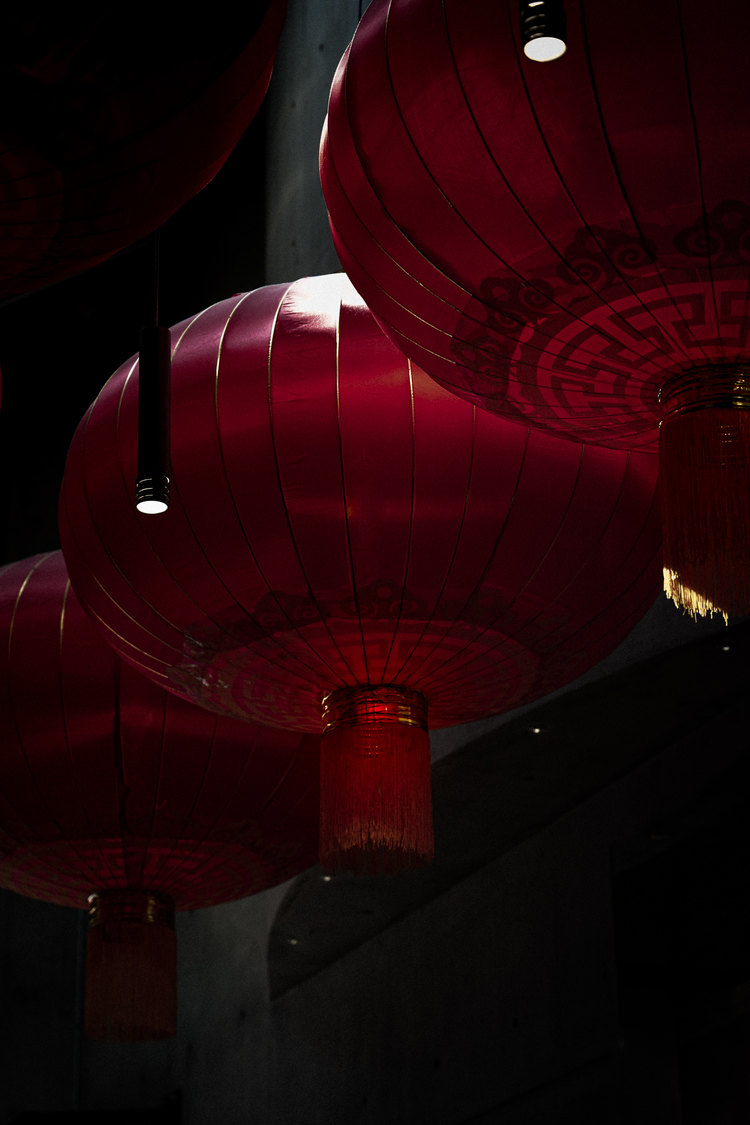 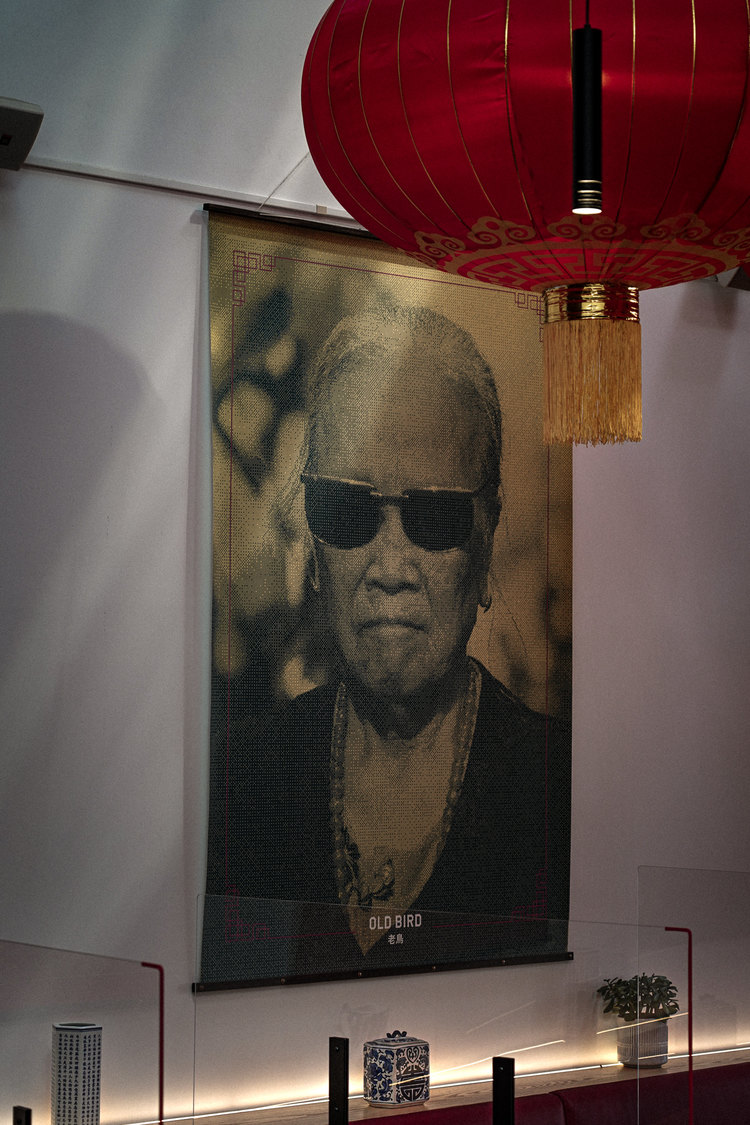 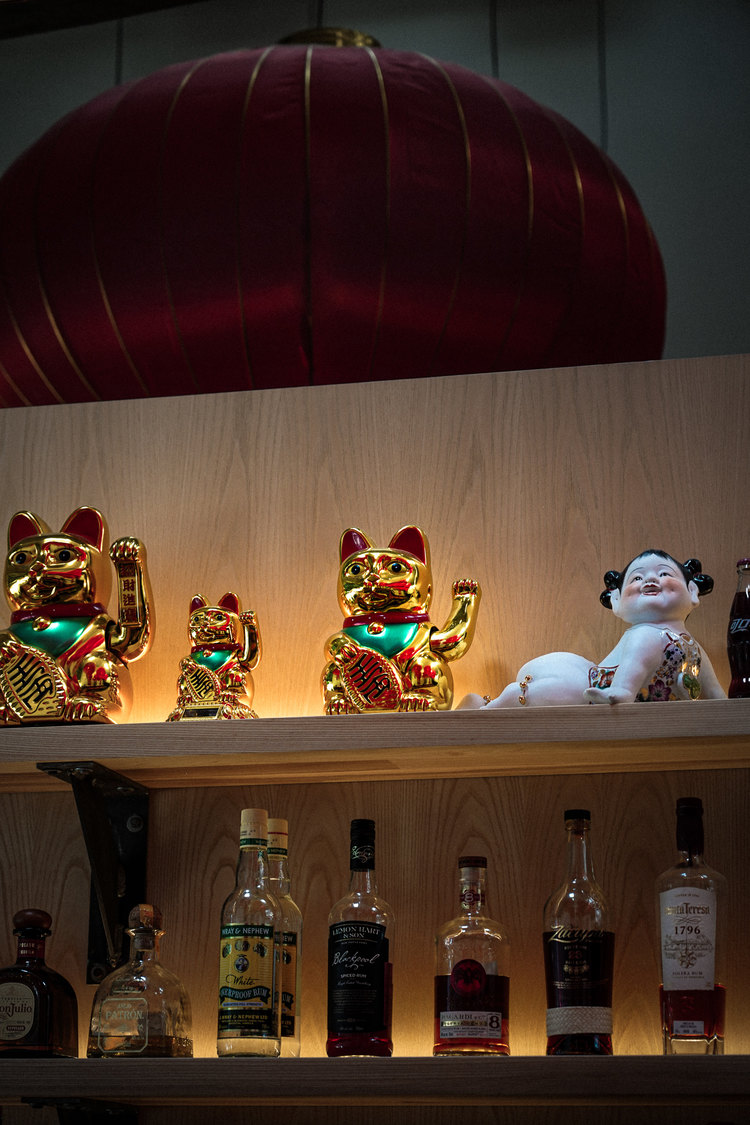 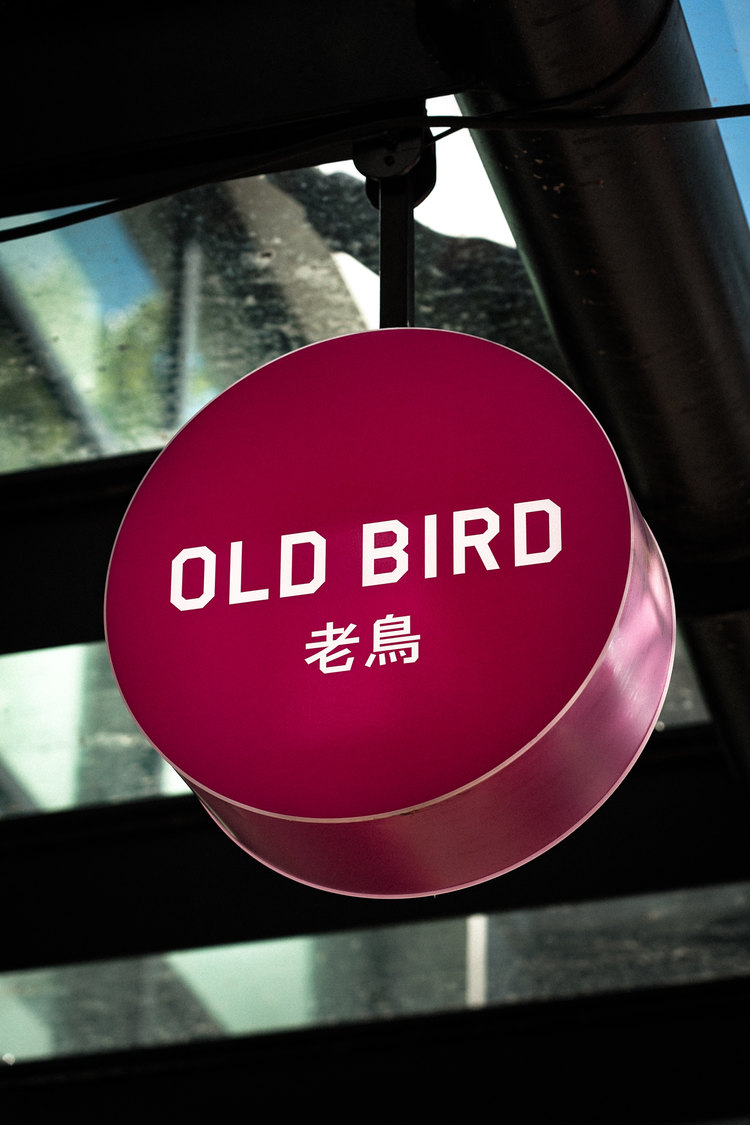 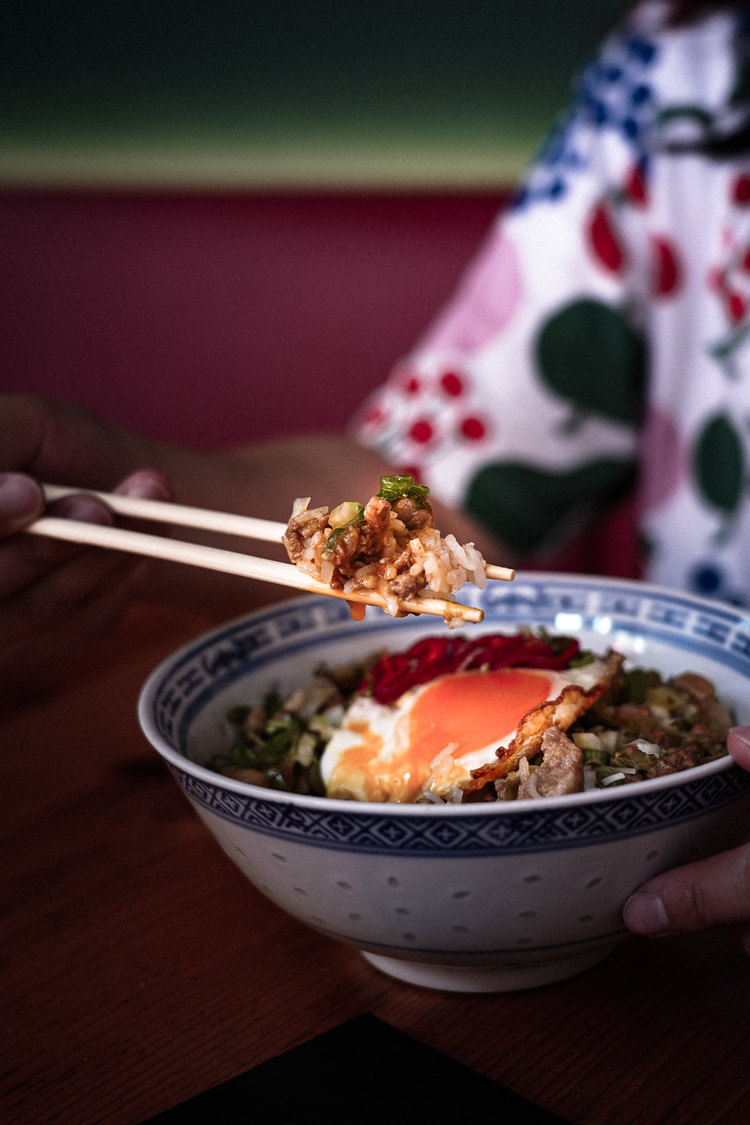 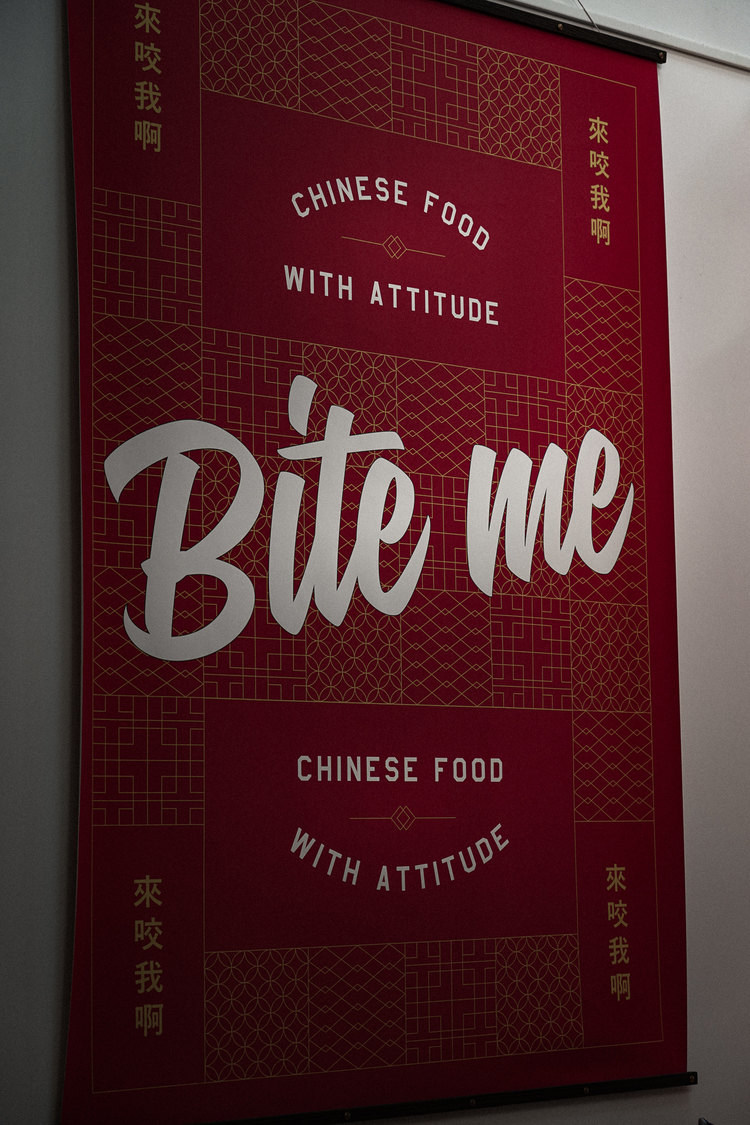 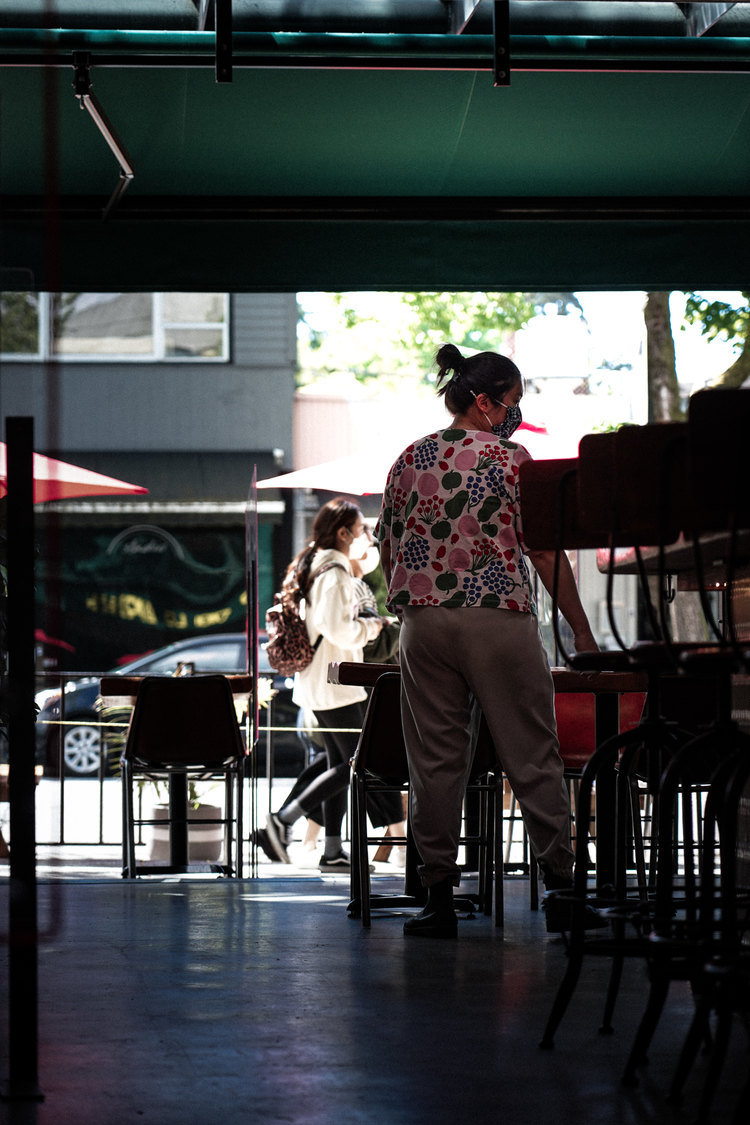 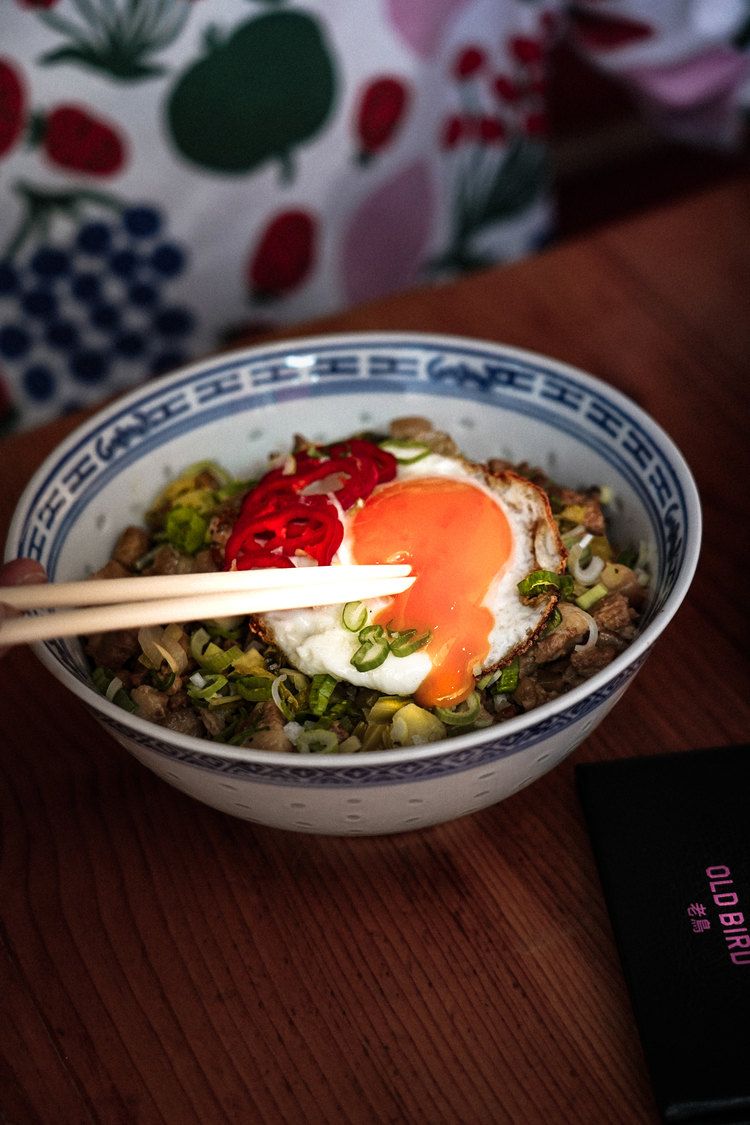 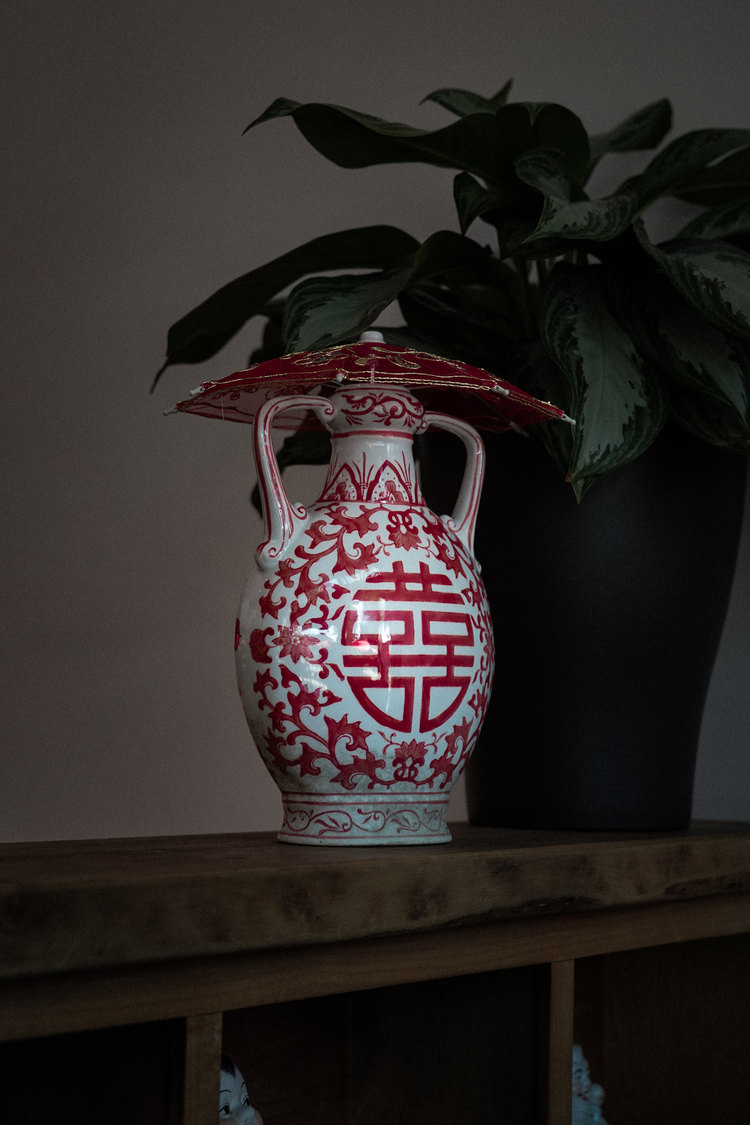 “I had this vision of a very red room, almost like a theatre” remarks Sophia Lin, the Chinese-Canadian art curator-turned-restaurateur, “I never intended for it to be fussy, with tablecloths or tea.” If anything, Old Bird is luminous. A night-market turned inside-out. Reverent, yet a little surreptitious.

I turn red the moment I enter. And not because I’m bashful.

Above me, a monolith converges from concrete — nine mammoth-sized lanterns float in the ether, frozen in time, radiating red-hot flare. “I had this vision of a very red room, almost like a theatre” remarks Sophia Lin, the Chinese-Canadian art curator-turned-restaurateur, “I never intended for it to be fussy, with tablecloths or tea.” If anything, Old Bird is luminous. A night-market turned inside-out. Reverent, yet a little surreptitious.

And red, it is. So much so, even the gilded cats come coloured crimson.

Moored by tradition, and audacious by disposition, it’s impossible to eschew an emotional response to Old Bird. In fact, it just elicits one from you. From the many exclamations like ‘Bite me’ on the walls, to the death stare of a posterized, elderly Chinese custodian wearing sunglasses, Old Bird is reminiscent of that fleeting feeling that paces Wong Kar-Wai’s cinematic opus, In the Mood for Love. One imagines protagonists Su and Chow sharing a meal here. Would it have ended differently? Anything, but a lipstick-stained cigarette.

It’s been a long time coming for Sophia. An artful, all-curious daughter to a globetrotting mother, Sophia had an itinerant childhood full of whimsy and wonder. Perhaps the pivotal memory of her life, she describes a calamitous train journey to Northern China, bordering Mongolia, alongside her mother, “We were on the train for 30 hours, standing. We didn’t have a place to sleep. But when we got there, it was worth it. It was beautiful.” Moments after disembarking, she remembers eating lamb. And to this day, she’ll confess she’s never had anything quite like it. She was 10.

A captivating compendium of diverse Chinese dishes, Old Bird is Sophia’s nostalgic attempt to crystalize her food and travel memories. “I always felt like I lacked roots” she says, pensive, “I’ve just never engaged in things that made me settle.” But settle she has, and in the most challenging realm of hospitality. Committing to a restaurant is one thing; opening at the worst possible moment — another. “I got so stressed that I lost my hearing last March” she recalls in horror, “We pivoted in so many ways that I probably learned enough things in one year someone else might have in 10.” Opened January of 2020, Old Bird hasn’t really seen a day without the pandemic. Good thing Sophia had made bones, and quickly, at Chambar.

“There must be something different about this place,” she recalls telling herself, “When I arrived in Vancouver from Shanghai, I researched the best restaurants in this city. I found out so many great places were run by people who came through Chambar. It seemed like a place of great influence. That’s when I decided to contact Karri.” Ears to the ground, Sophia spent a year working part-time front-of-house positions at Chambar, all the while musing about her own place — that red room.

“Karri warned me a long time ago,” she says, “This is a tough business to be in. And one of the toughest things to do is hire the right people.” Be that as it may, perhaps Sophia’s greatest takeaway from Chambar, and from Karri’s mentorship, was that whatever she planned to do had to be a true reflection of self.

And when I asked for the meaning behind ‘Old Bird,’ her response was immediate:

“Someone with attitude — with no fear.”

Pandemic or not, the lanterns continue their glow. What’s even brighter, is the resilience you show.