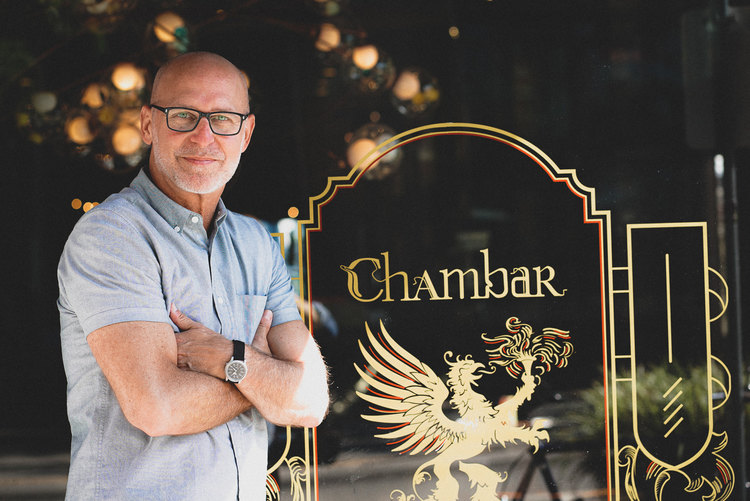 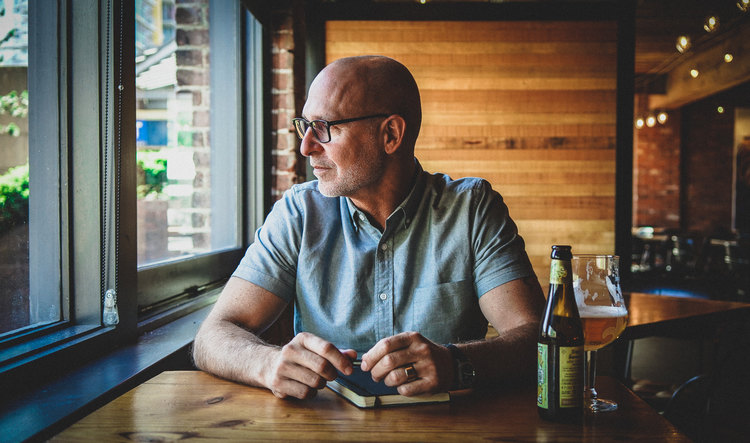 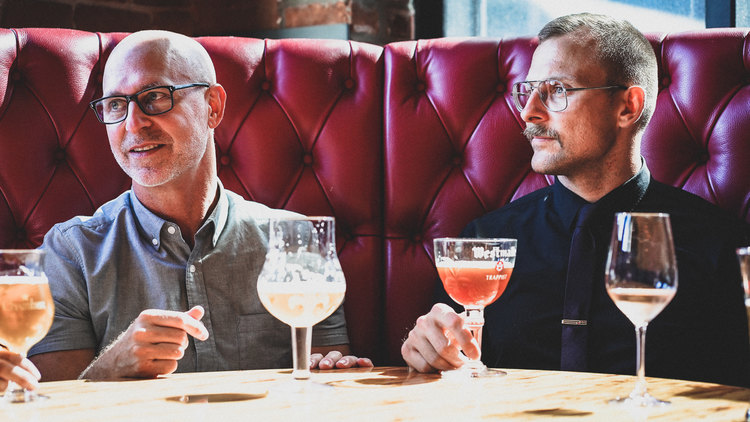 “You opened the doors to Chambar and instantly felt its energy,” he says with fervid passion, “The staff was pumped, the food was bold, and no one had seen anything like it.”

As we celebrate 15 years of Chambar's existence, we were compelled to tell the stories of the people who have contributed to the success of this restaurant. After all, it's about the people!

Pink-slipped for skimming cheques, Paulie—an impish, impulsive waiter of shaky virtue—hatches a foolproof plan. “Horses ain’t like people!” he cries, wolfing down a foot long Hero on a park bench in Greenwich Village, “They can’t make themselves better than they’re born. It’s the gene! The horse got nothin’ to do with it!” Paulie’s proposition? Robbing the mafia to pay for an auspicious racehorse, sired, by what he calls, “artificial inspiration.” Sacked along with his cousin, protagonist Charlie—the distressed, yet devilishly handsome maître d’ who'd otherwise take the high road—succumbs to the plan. He’s got a baby on the way, alimony to pay, and daydreams of his own restaurant.

Set in the mean streets of Sinatra’s New York, crime novel-turned-cult motion picture The Pope of Greenwich Village questions—and to an extent, rationalizes—the means employed by the hustling cousins [brilliantly portrayed by Eric Roberts and Mickey Rourke] to get back in the game. All goes awry of course; Paulie loses a thumb, and his freedom. And Charlie—his pregnant girl, and innocence. They salvage what’s left of their pride, and whether they’ll relapse remains the mystery. But if not for an overdramatized plot, the film’s stark, unembellished portrayal of restaurant culture—of what it takes—is worthy of praise. In that regard, it’s as relevant as ever, and fittingly so, for it’s Michael Ziff’s favourite “restaurant movie” of all time.

A fashion entrepreneur turned restaurant mensch, Michael arrived into Vancouver “sight unseen” in 94’, following three memorable years managing [now-defunct] Metropolis Café in New York’s artful heart, Union Square. “I recall being unsure about Vancouver’s restaurant scene upon my arrival,” he says, “Everything seemed a bit stuck in the past.” So Michael absconded, finding purpose in the warmhearted hospitality scene—and powdery slopes—of Whistler. And on a fateful afternoon three years later, Michael’s phone rang. It was revolution calling, and he enlisted as first recruit of the uprising. How could he not? Blood’s thicker than water, after all.

“When you’re a good friend, you know it’s time to jump in,” he says of dearest friend, and former business partner, Karri Schuermans. And what a friend he’s been—from purchasing the entire wine list on his personal credit card, to painstakingly installing Chambar’s iconic, fiery cushions. But perhaps Michael’s grandest contribution as general manager was in helping forge a distinct culture—one that, in his words, “Opened the doors to the independent restaurant scene in Vancouver.” By questioning, defying and deconstructing anachronistic dining norms rampant in their city, Michael, along with Chambar founders Karri and Nico, made hospitality history. Enough history, surely, to roll Paulie and Charlie in their graves. How’s that, for artificial inspiration?

“You opened the doors to Chambar and instantly felt its energy,” he says with fervid passion, “The staff was pumped, the food was bold, and no one had seen anything like it.” Wellsprings of revolution, artistic thought—and surely the lascivious—food gathering places have spawned countless literature throughout the ages. And Michael, with his burning desire of framing “the restaurant narrative,” imparted his philosophies to a coterie of ‘wonderful misfits’ over two Chambar spells, years apart—“It takes a special breed of people to work so hard, sometimes for so little, and often for failure. But we must all be storytellers nonetheless, and to ensure each guest a beautiful ending. Chambar is a special house brimming with stories. And it’s told them very, very well.”

“Chambar’s had a dramatic and dynamic influence on my life,” remarks Michael, suddenly a man of melancholy, “I’ve worked in restaurants with no heart, and left having zero connection to them. Karri and Nico poured their hearts into this place, and everybody had a piece of it. Nobody could ever question that. And that’s why it still feels like home.”

“Any last words?” I ask, before pushing stop on my recorder. “It’d just be ‘Thank you.’ Fuck you, and thank you! [Laughs hysterically] Fuck you for opening such a great restaurant, and for bringing together such a great bunch of people. Fuck you for having the ability and the vision. And thank you, for reasons all the same.”

What beautiful sentiment from the proud Montréalais. A gifted storyteller he is! Never ever blasé!